Can Legacy Banks Keep Pace in the Race to Digital Transformation? 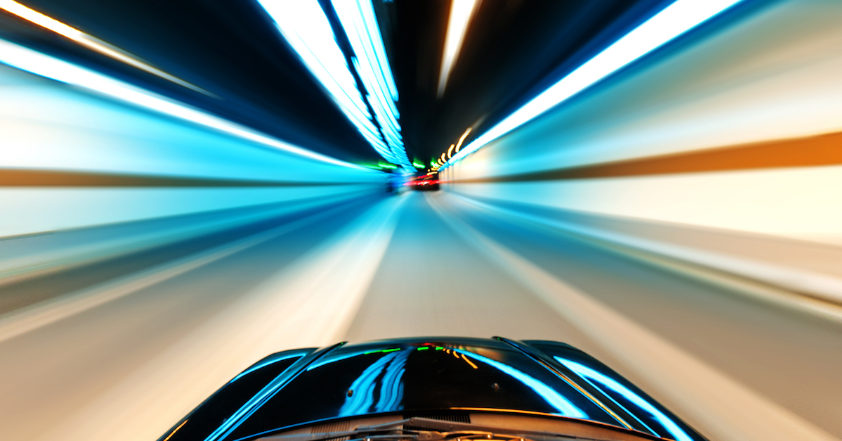 The news earlier this month that Chime surpassed five million accounts after just five years in operation should serve as a powerful reminder to banking professionals that the digital transformation of the industry is now a foregone conclusion. However, the realization that two million of these accounts were opened in just the last five months should serve as an urgent wake-up call that the evolution from traditional to digital-based banking is happening faster than many in the industry had estimated or understood.

Accompanied in their meteoric rise in the marketplace by other successful innovators, Chime is joined by challengers and neobanks like EU-based N26 which grew its customer base from 100,000 to 3.5 million in three years, and Monzo, the U.K. digital-only bank, which just reached 3 million customers, with the last million coming in just the last four months. True to their title, these financial institutions are challenging traditional based banks on every level and rapidly gaining market share and share of wallet.

Meanwhile, around the world, legacy banks that have embraced digital transformation have earned comparable success on their own terms with dramatic improvements in digital engagement, customer satisfaction, and double-digit growth in product adoption. Serving as a model case study for success, RBC saw logins jump 60% and time in-app double after launching their NOMI Insights™ and NOMI Find and Save™ solutions for their mobile app, with NOMI now developing into their top driver for new savings accounts. At the same time, Metro Bank and Nationwide Building Society in the U.K. are seeing their digital solutions earn 4.6 out of 5 satisfaction ratings.

As the march toward digital transformation turns into a full-on charge, digital challengers and the legacy banks that are able to keep pace with them (or take the lead) will be able to advance their foothold in the marketplace and turn it into a domination of it. The Financial Brand’s Jim Marous even once referred to the advancements of international challlenger banks as a potential “invasion” for which domestic U.S. banks may not be prepared. And in their recent article on incumbents vs. neobanks, Finextra declared that traditional banks who do not transform their legacy infrastructures, now dating back four to six decades, risk “crumbling” in the face of increasing demands of customer-centric, data-driven banking.

While fintech innovations are meeting and sustaining this rapid growth in digital adoption, it is being driven by customer demand. Conditioned by nearly flawless real-time, personalized interactions with digitally-savvy brands like Amazon, Apple, and Netflix, consumers are not only expecting this same level of service across the spectrum of their daily experiences, they are demanding it. Whether it involves ordering a movie, a pizza, or a car ride, people expect their experience to be simple, frictionless, and tailored to their needs.

And banking is not immune to this marketplace shift. As noted by Tim Welsh, U.S. Bank’s Vice President of Consumer Banking, “customers’ expectations of a bank are set by their experiences in other industries. You can push a button on your phone and a car pulls up, why can’t I push a button and get a mortgage?”

For an industry that has managed to avoid dramatic changes to their procedures and infrastructure for the better part of a century, this new paradigm of customer experience represents a revolution, not just an evolution in service. In order to survive, banks will need to transform from the ground up to deliver best-in-class experiences that simplify the process for managing money, or else risk losing accounts to financial institutions that are capable of giving customers what they want.

It is this threat that just might be the most potent motivator behind the urgency to begin, if not advance or complete, a digital transformation. Just by the numbers, it is not unreasonable to look at every account opened with a challenger bank, now measured in the tens of millions, as an account lost for a legacy bank. However, even putting those eye-opening growth number from Chime and other challengers aside, evidence points to a marketplace that is primed for disruption. Survey data indicates that “better online and mobile banking services” is now a top deciding factor when consumers decide to change banks.

And the threat is not only coming from within the financial industry. Those big tech firms which changed customer expectations in the first place are in position to use the satisfaction and good will they have already earned and apply it to financial services. As Bain & Company reported from a recent survey, consumers reported trusting at least one of the big tech companies more than they trust banks in general. Not surprisingly, 65% of Amazon Prime customers said they would open a free online bank account with Amazon when that eventually becomes an option. As JPMorgan Chase CEO Jamie Dimon warned, “You know that they’re out there. You know they’re coming. You know they want to eat your lunch. Assume it. And it might not be the ones we see. It might be the ones we don’t see.”

The question is no longer whether or not autonomous finance will become the new standard for everyday banking, it is when will the industry realize as a whole that their customer base has already answered this question for them. The demand exists right now and the benefits of meeting customer expectations await. Banks that deliver on financial automation earn increased digital engagement, growth in both new accounts and account balances, and higher customer satisfaction scores.

With 73% of banks claiming to be focused on being innovation leaders, it would seem that an overwhelming majority of the industry is heading in the right direction to stay in the race, but only 37% of banks actually have a strategy to innovate. As in every industry, banks that fail to meet marketplace demand will find themselves no longer in demand in the marketplace.