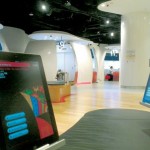 Business Insider recently released the results of its BI Intelligence survey asking financial services firms about the future of their business models. Two parts of these results stand out.

One is that 35 percent of respondents say that retail banking is a primary revenue source for their institutions now, but by 2020, they claim it will be down to 16 percent.

The other is that half of respondents (51%) anticipate that their new competitors, tech companies, will have the most success in traditional banking areas such as regular deposit accounts and mortgage lending. Why? Because they have a previous record of disruption and because they respond rather quickly to seemingly fickle consumer preferences.

And it’s not just upstarts like PayPal, Lending Club or Square.  Financial executives feel particularly threatened by tech titans like Apple and Amazon.

The results of this survey stand out partly because they suggest banking executives have a keen appreciation of the challenges ahead. No doubt the storm-the-castle-and leave-no-business-stone-unturned mentality of an Amazon or the extreme devotion of customers (and deep pockets) of an Apple weighs heavily on their thinking.

But to riff on an old saying, you need to understand a challenge or obstacle before you can meet and surpass it. For banking executives, it helps to remember that while keeping up with rapidly evolving technology can be daunting, the basics of banking are likely to proceed at a steadier pace. Sure,  delivery vehicles are quickly transitioning, but the customer’s need to successfully manage their financial well-being won’t change.  The real challenge for banks in the future will be maintaining customer satisfaction and engagement, no matter where that engagement takes place. And we’re not going to count banks out of that competition at this stage — not for a second.