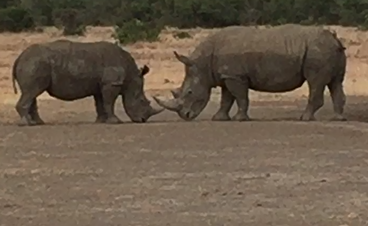 As the WSJ reported earlier this week, some big banks are restricting the amount of data passed to personal finance websites used by the bank customers, raising the specter of an all-out war between the banks and these sites. For their part, the banks are voicing security concerns, and some may be valid. If a bank account is compromised as a result of a breach on another site, what liability does the bank bear?

But the issue at play is much larger and more strategic to the banks. New players are using digital platforms to provide consumers with services that encroach on the banks’ territory. PayPal has moved over $250B over the past 12 months. Over 20% of all purchases at Starbucks are made through their mobile app. And although bank accounts and credit cards are still used to facilitate these transactions, their role becomes one of a utility, stripping the bank from any meaningful engagement with the customer.

In a world in which most transactions will be executed by mobile and alternative channels, the question of “what’s in your wallet” is quickly becoming irrelevant, whether the wallet is leather or electronic.

Personal finance web portals are biting into the bank’s already deteriorating relationships with customers from another direction. While banks hold valuable customer data, they have miserably failed to deliver this value to their customers. If you read the comments to the WSJ article, customers are making their position loud and clear: the data is mine, and if my bank doesn’t know how to make it useful to me I’ll take it elsewhere (e.g. Mint).

So while the big banks may have won the initial battle, they are fighting a losing war.

Why banks are concerned?

You don’t have to read much between the lines to see that customers, especially the younger ones, would have no qualms leaving their bank if their ability to use their own personal financial data was restricted in any way.

And it shouldn’t come as a surprise. A recent Accenture survey shows that 72% of millennials would likely bank with non-financial services companies. Moreover, 71% of all customers surveyed view their relationships with their bank as transactional rather than relationship-driven.

Turning the threat into an opportunity

The reality is that banks are extremely well-positioned to reverse these trends, but doing so requires a change of mindset. Banks have a tremendous opportunity to leverage the data they have to engage their customers, deliver value, and become once again the “go to” destination for financial advice.

Whether banks will act on this opportunity or squander it is yet to be seen, but some banks are certainly taking steps in the right direction.

What will you bank do?